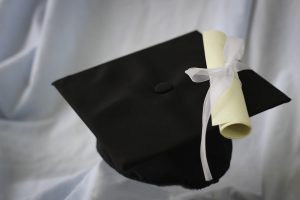 Not long ago, online classes were considered more the realm of the “later-in-life” crowd. The demographic that choose to further their education after years in the “real world”. Many online students were those among us who had already become parents (sometimes to more than one child), started careers (sometimes more than one career), and in fact were still in the middle of both.

The move to online programs for even higher education related careers such as psychology which in many cases require doctorate level accreditation has also been helped by online degree and course review websites and resources which assist with identifying available classes for students across the country.

For a few years, online colleges may even have been viewed in a less than favorable light compared to the more traditional routes of actual classrooms, filled with other traditional students, being led in person by a professor with not quite as close as your monitor but far closer physically.

But times, (and online classes), they are a’changing – just not in all the ways we thought they would.

According to new report known as the Grade Report, (with results summed up here in the infographic titled “Online Report Card”) released by the the Babson Survey Group, which is based on federal data from more than 4,700 colleges and universities it appears more than 6.3 million students enrolled in at least one online class. This was for the school year of 2016, which marked the 14th year of consecutive increase.

Of those online classes the greatest gains in online student registration were public universities and colleges which saw an increase of 7.3%. These courses comprised approximately 2/3 of all online program enrollments from 2015 – 2016.

Private Schools and Universities also enjoyed an almost equal increase in enrollment with a 7.1% gain.

The main drawback came from the segment of online degree classes which actually saw a drop in enrollments came from the for profit segment of online degree programs which saw a dip of 4.5%. The assumption being that these courses are known more for an emphasis on recruitment and cashing in on the online class wave, but suffer from lower graduation rates and a generally poor reputation.

Yet even those views maybe be changing as more and more students drive the demand for more classes and degree options as well as improvement in review and comparison of these programs which in turn encourage all of them to focus on quality degrees and higher graduation rates in order to take advantage of the swell of interest for remote learning.

Remote Online Courses Not So Remote After All

Surprisingly, the report highlighted another fact many people might assume not to be true considering that one of the draws to taking classes remotely allows for a student in the mountains of Kentucky to gain accreditation from possibly a more well known school in the closer to the tech Mecca of California – and that the fact that during the 2015 to 2016 school year more 55% of all online students are enrolled in universities within the same state they reside, (56.1% to be exact), with many of them living within 50 miles of the school of choice.

This pattern only grows stronger when taking a focused look on students who are “online only”, which has an incredible 84.2% of classes made up of those living within the same state as the on campus university. Apparently proving much of the in-state experience has a greater value than initially assumed by many this high rate of close proximity students cite things such as attending the same college shared by co-workers, life long friends, and overall familiarity as reasons behind the decision. Another strong factor is the ability to literally jump in the car and drive to the campus to deal with any issues connected with scholarships, GPA, tuition fees, or any other one of a myriad of things that can pop up suddenly in the life of the student.

Other insights gained from the report include: